The last ten years has brought the development of accounting software that can make bookkeeping a job for a business owner to do, rather than hire a bookkeeper to do it for them.  In this blog, we’ll have a look at the pros and cons of doing your own bookkeeping in house.

There’s certainly a lot to be gained from doing your own bookkeeping.  Keeping your finger on the pulse of your business’s finances is one, where you’re able to spot the detail rather than all the little bits passing you by.  Entering every transaction yourself means it gives you the opportunity to scrutinise what’s going through your bank.  The direct debits, the bank charges and loan repayments all become painfully clear.

The cost saving is of course something that can’t be ignored.  To run an entirely manual system for a marketing agency that turns over £200k per year can easily absorb 15 hours per week.  To move on to a system like Xero, this could go down to just a few hours per week for a bookkeeper who knows what they’re doing.  Of course, a budding business owner might take a little longer, but those handful of hours might not feel as costly as paying a bookkeeper.

The downsides of doing it yourself are something to consider.  We’ve seen it many times where an entrepreneurial business owner has had a weekend epiphany and decided to set Xero up for themselves.  The bank feed works, the chart of account is about there and VAT looks fairly self-explanatory.  This is where, after a few weeks or months, we usually get an admission from the once-plucky, would-be bookkeeper that things didn’t turn out the way they’d hoped.

Usually, this is in the main because the entrepreneur wasn’t able to sustain the attention that was needed to keep properly on top of the data.  Some invoices get entered, some don’t – and the bank doesn’t balance.  It becomes clear that the work is far safer in the hands of someone who knows a little more about bookkeeping – and has time to do it!

The positive of using a bookkeeper, combined with a system such as Xero, is that the hours needed are very few.  Many tasks can be automated and the skill of a bookkeeper is used only on the areas they can add value to, such as VAT returns and posting payroll journals.  What was, 15 years ago, a £15k per year cost, is now something that can be done for a fraction of this.  And with a good piece of software like Xero, the information that comes out of a system with some good data entry is far more useful to the end user of the figures. 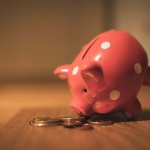 Xero discount codes and how to get themAccounting Tips