Why should I donate to charity?

The pros and cons of donating to charity aren’t exactly what we’re here to advise on. We’re more focused on the tax advantages of doing so – and the disadvantages because sometimes it’s not all good news.

The reasons to support your favourite charity are obviously endless, and your decision to donate will be yours alone. But it’s important to be aware of the tax issues surrounding gift aid.

When you give money to charity, they’re able to (so long as you make the donation under the gift aid scheme) claim extra money from the government as a top up to the amount you gave.

If you donate £100 to a charity, they’re able to claim an extra £25, meaning the scheme is really beneficial to charities. And the added bonus is that the donation brings a tax saving to you too, if you’re someone who pays tax above the level of the basic rate. Your donations extend the limit of your basic rate meaning that if you pay 40% tax on your income, your donation will keep you in the 20% band for the value of that donation.

The downside though is that should you not pay enough tax in the year but you donate with gift aid, you will need to fund that gift aided tax claim made by the charity yourself. It means that for taxpayers who have income below the level that they pay tax, they need to pay tax, even though their income alone doesn’t require them to.

Gift aiding is one of those little silver linings for our clients, in that it’s not a tax strategy to employ for the masses but simply something that benefits themselves and their chosen charities. 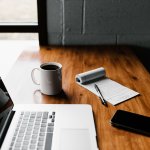 An Update From The MNE TeamNews 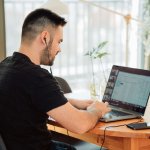