What does this mean?  Well – we originally thought that this simply brought us some promotion which is gratefully received – around 20,000 people saw our tweet after it was chosen and retweeted by Theo.  Easily another 200 people are following us and we’ve had a handful of enquiries (and two new clients) since.  The best tweet we’ve ever done!
More is to come though; we’re going to the annual SBS event at the ICC in Birmingham on Friday 12th and we’re looking forward to meeting Theo and some of his colleagues – not to mention the other winners who will be attending.
The #SBS winners have formed a business community so we’re grateful to now be a part of it.
So – thanks to Theo – what a great idea and we’re very much looking forward to Friday!
If you would like to learn more, then please get in touch!
0
SHARES
ShareTweet
Recent Posts
Social
2018 © MNE Accounting 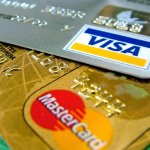 Credit And Debit Card Surcharges To Be Banned By January 2018News