Why Being In The Red Is A Good Thing

What does an accounting firm think about being in the red?

We often come across businesses who are so afraid of borrowing, it stunts their business’ growth. Let’s take a look at this from an accounting firm point of view.

Take for example, a bar owner client of ours who was running a generally profitable group of four bars. We’d wrestled their accounts into shape and were reporting figures to the boss each month. Every month, Tim (our MD) talked the client through his figures and considered expansion options, of which there were few great ones. Seasonal changes affected profitability at times (as to be expected) but generally, the four bars were profitable in more months than they were loss-making – and the profits comfortably outweighed the losses.

At the monthly meeting to discuss his results, the client was telling Tim about a bar he’d seen that was on the market. It was a popular bar in a busy area but had shut down because the previous landlord had got into financial trouble from other business deals. The bar had a loyal following and had only been closed for a month – so was a brilliant opportunity for the client. He was absolutely sold on the idea.

The problem being, the client was just coming out of a low season – A quiet February and March had taken its toll on cashflow, so he had decided that this bar was one that got away. He’d worked out that he was £20k short on the deposit, stock and improvements to the bar – but he is a man of traditional beliefs – that borrowing is trading out of one’s depth.

After looking at the figures, Tim had pointed out that profitability on this fifth bar would likely be complementary to the other four bars, given that it appealed to a very different clientele – meaning that seasonal fluctuations would be ironed out a little. Also, the bar’s financials seemed a no-brainer, given the high visitor numbers. A little work with a brilliant broker (and some long discussions with our client), the bar was financed by a £15k loan and the rest covered by a £10k overdraft. The bar, unsurprisingly to all involved, has delivered just over a year of great results.

Not only this, but the client’s bankers were happier. Managing an extended overdraft perfectly, alongside a more controllable cashflow, kept the bank manager from getting concerned during the spring – and in the bank managers words has opened doors for future borrowing!

It goes to show that being in the red, viewed by a management accountant, is sometimes an excellent position to be in. Yes, being overdrawn is a little unnerving for a first-time borrower, but when the forecasting is done properly, we feel that leverage is a brilliant tool to be used by business owners at the helm of a business which has untapped opportunities.

A standard accounting firm would shudder at the thought of spending money before it’s been earned. In our view, business has to take opportunities sometimes – and with some careful planning, can very easily be done. If you would like to learn more or speak to one of our expert accountants, then please get in touch! 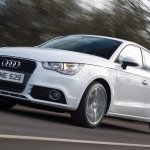 “Do I Really Need A Company Car?”Uncategorized