How Hiring The Right People Can Collapse Your Business

I was speaking to a business acquaintance, (Let’s call him Mike) last week. He’s what could be called a serial entrepreneur, going from one business to the next – and in most cases, managing to sell the last enterprise for a good return.

We discussed, as I often do with business contacts that people are always largely to thank for our respective businesses’ growth – this is a favourite subject of mine since MNE is staffed by some of the best people that I’ve ever been lucky enough to employ. We agreed that the best people produce the best results – and this seems pretty obvious.

The conversation took an unexpected turn when telling me about one of his ventures, which started with some incredible prospects but then came to a less than brilliant end.

Mike had bought an established lettings agency franchise as the existing franchisors were about to retire. He’d been through all the due diligence and everything stood to scrutiny; the finances and the business itself were exactly as he’d expected. The price was good and the business had lots of room for development.

Mike’s venture started off a little like the first part of The Italian Job (the 2003 version) where the perfect business idea was executed by exactly the people who could carry it out in the most efficient and successful way. By the way, in Mike’s plan, there was no gold and it wasn’t based in Venice – and the execution wasn’t quite as good.

In his planning of the purchase, Mike spent some time with the staff in the business. It was a mixed bag, with a handful of star performers and also some really very average performers. These worked strictly to rule, would never go the extra mile and were not shining beacons of joy in the office. The star performers did everything they thought was right in pursuit of [their own, as it happens] success.

Mike lost three of the four average team members through the purchase – they didn’t like change and weren’t encouraged to stay by Mike given what he’d heard from the old employers. The one remaining lady was there to answer the phones and she was only there part-time, counting down to her retirement.

Mike brought in some of the people he’d met through the years who had performed excellently under his employ. A marketing guy, two negotiators (who along with the two star performers made the sales team back up to four) and a general manager. Importantly, these four recruits had never worked together before. They’d all been very aware of their own success in past positions, especially when working in Mike’s businesses.

There were egos in some team members clashing with egos in others and everyone’s strategy was always the best from their point of view.  The mistake Mike says he made was to ignore the fact that having a perfect group of people is not the same as having a perfect team.  He’d never had to form a whole team that quickly before and thought that bringing the best people he knew, would bring the best result.

The problem for Mike was that the workers were so excellent at their jobs yet so completely incompetent at working with each other that the business soon started to fall apart. The general manager apparently didn’t have much control over the others (despite his past success) and similar to The Italian Job, turned out to be feathering his own nest from day one – as he convinced a few large landlords to jump ship to his new, secretly formed, agency. The potential repercussions for him would be large but the probability of them happening were small as they always are in the lettings industry.

During our conversation, Mike was talking about how the apparently very average original team had departed and become a high flying, low performing group – and his theory is that a good culture was simply too hard to create, where everyone had brought their own. By the time his general manager had moved on, the business had dropped its management income by just over 20% and had gone from a business that made a modest but reliable profit, to one that couldn’t even break even. His figures had been propped up by some lucky sales fees, hiding the misery of the dropping regular income.

Mike decided to pass the franchise on again – luckily, someone who was interested in buying the lettings agency when Mike did, was still interested so it was a quick, but a very expensive sale. He did have to shift the staff around a little first.

Mike surmised that his issue was that he needed too many new team members too quickly – and combined with his impatience to grow the business, he’d made too many bullish and risky recruitment decisions.

At MNE, we’ve always been very proud that some of our most senior team members started with us as trainees – and they’ve become some of the most excellent accountants that we’ve employed. Conversely, on two occasions, new fully trained employees came with completely the wrong ideas and unfortunately their employment lasted days and not months or years. It’s not about peoples’ skill; it’s their attitude and a hint of how that attitude is managed.

So when I speak to clients in future about their potentially incredible new venture, staffing will rise even further up the list of priorities – and in this case, it’d have been beneficial to focus on these more than the profitability of the business! 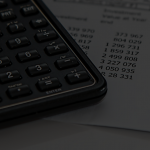