Finding the cash to settle your taxes can sometimes be tricky. With all the will in the world, the VAT you’ve been collecting on behalf of HMRC for the last three months just isn’t sat in your bank account.

HMRC have (since charging for credit card use was banned) stopped taking personal credit cards. So what can be done, since your flexible friend isn’t an option anymore? There are finance businesses which provide short term lending to allow you to pay your tax bill, leaving you to pay the lender rather than HMRC in instalments. It’s not cheap, but it stops you from telling HMRC that you don’t have the money to pay them, which might not be easy for you.

HMRC do allow you to set up a time to pay arrangement on some conditions. The conditions aren’t always clear but effectively if you can demonstrate that 1) you don’t have the money and 2) it’s not because you’re on a huge salary (they don’t like this), you are in for a good chance of being able to spread your payments over a number of months.

You will have to pay interest on the balance since it’s effectively borrowing, but it’s not a particularly high interest rate. And if you miss a payment, or are late with future tax payments, HMRC reserve the right to cancel your arrangement and expect it to be settled immediately.

In our experience, HMRC’s various departments don’t talk to each other, so it’s possible to have a time to pay arrangement for VAT and PAYE for example. The downside is that they might not want you to – and when they ask you if you’re behind with other taxes, you need to declare that you are if this is the case.

An easy way to avoid time to pay arrangements, certainly in your early years in business, is to put a percentage of your income aside as you receive it. Challenger banks such as Monzo have facilities to allow you to do this automatically which is a brilliant function. 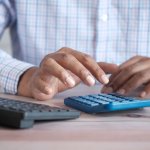