5 Tax and finance tips for freelancers in the gig economy

Last weekend I was in the Peak District for a wedding for some very good friends. Staying in a quaint little cottage in Thorpe near Ashbourne, over breakfast I was chatting to the owner about city life and he explained how he loved the peacefulness of Peak District having spent the majority of his life living in California.

The cottage had no wifi, no phone signal – admittedly for a weekend it was bliss although I think I’d struggle long term. Somehow, (and I’m really not sure how it happened) we started talking about the gig economy.

He had never heard of the gig economy and had no idea what was meant by ordering food through Deliveroo – however, he was familiar with Uber. I began to think what a beautiful, if very sheltered life he led.

The gig economy still remains a very popular way for people to generate income due to the flexibility, autonomy and control it offers, despite some the controversies in this particular area of business. As far as employee rights and the tax implications of workers in the gig economy are concerned, it is still a relatively new phenomena and this is where the controversies lie.

In this blog, we address some things to consider surrounding finance when entering the world of self-employed work in the gig economy.

It’s important firstly to know what the tax rates are if you’re self-employed. Workers that are defined as self-employed not only pay a lower percentage of income tax, but also pay lower levels of national insurance than if they were employed.

2. Be aware that you are not entitled to basic employment rights

Recent years have seen a boom in app-based taxi and delivery services, such as Uber and Deliveroo. By defining workers as independent contractors rather than employees, companies have been able to ‘employ’ people without the need to comply with basic employment rights.

This means rights to minimum wage, sick pay and maternity/paternity pay are not necessarily entitled in the gig economy, however this could yet change altogether following last year’s tribunal that Uber drivers should be treated as employed workers just one stark reminder how the lines are so blurred.

Equally, increasingly there are concerns regarding saving for retirement with gig workers unlikely to be paid well enough to qualify for auto-enrolment or pay into a pension.

3. Keep some form of financial record

The tax issues surrounding the gig economy are relatively simple – the key to success in this area is good bookkeeping or some form of financial record so that year-to-date income and deductible expenses are easily determined.

4. Ignorance is not an excuse for not completing a self-assessment tax return

Whether you’re starting up a business or self-employed, claiming ignorance regarding your financial affairs just doesn’t wash with HM Revenue and Customs.

Even if you earn very little income from a gig working job, it’s still income and it should be declared. You are required to complete a self-assessment tax return by law and although this is something you could do yourself, you could engage an accountant to help you get things in order. You’ll only pay for the work that is completed and it’s a good opportunity to start planning.

5. Get registered if you’re self-employed

You have a time limit to tell HMRC you’re earning money under self employment. You can register your employment status online. You’ll get a letter with your 10-digit Unique Taxpayer Reference (UTR) and be enrolled for the Self Assessment online service.

Working in the gig economy might just be a fruitful way to earn a little extra cash every month. However, regardless of how much you earn, it’s important to take control of your finances. Just as easy as it is to ignore the need to report your income, it’s just as easy to be compliant.

However, if you’re not sure what to do or how to file a self assessment tax return, get in touch with one of our accountants for a free, no obligation consultation. 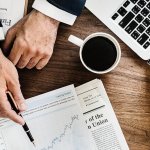