I’m pretty sure that most accountant services are the more likely crowd to keep an eye on what the budget brings.

We listened yesterday to the many new things brought in by George Osborne – most changes were reasonably predictable in their figures or just in the general continued effort of the government to reign in the welfare spend.

The little, financially painful item that wasn’t covered by many of the news agencies was to do with dividends. Until now, for some time, owner-managed incorporated SMEs have had a pretty steady routine of paying themselves a low salary and topping up with dividends.

Until now, dividends paid within the levels of the basic rate band haven’t attracted an additional personal tax bill; this being covered by the company’s corporation tax charge.

I know that many smaller incorporated businesses will be hit by this additional tax – however I’m sure that everyone paying themselves a salary/dividend split knew the party had to come to an end at some point.

Want to learn more about how you can use dividends?

If this brief overview has intrigued you and you would like to learn more about how MNE Accounting can help, then please get in touch! 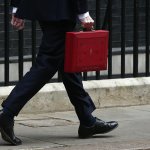 The Budget: Another (Even Bigger) Freebie For EmployersNews